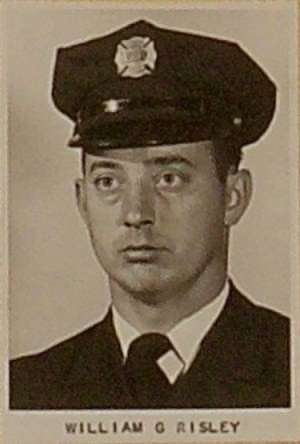 LAST ASSIGNMENT: William G. Risley was appointed to the Indianapolis Fire Department on 02/26/1953. He first served in the United States Navy from 1948 through 1952. His assignment was aboard the U.S.S. Robinson based out of Key West, Florida. He spent his entire suppression career at station 15 both as a private and as a merit Lieutenant after his promotion. Later in his career, he transferred to the IFD shops to become a Maintenance Mechanic with the rank of Captain. He enjoyed working on the fire pumps of the engines needing repaired. He also participated on the bowling team that the members of the shops had for leagues at Beech Grove Bowl.