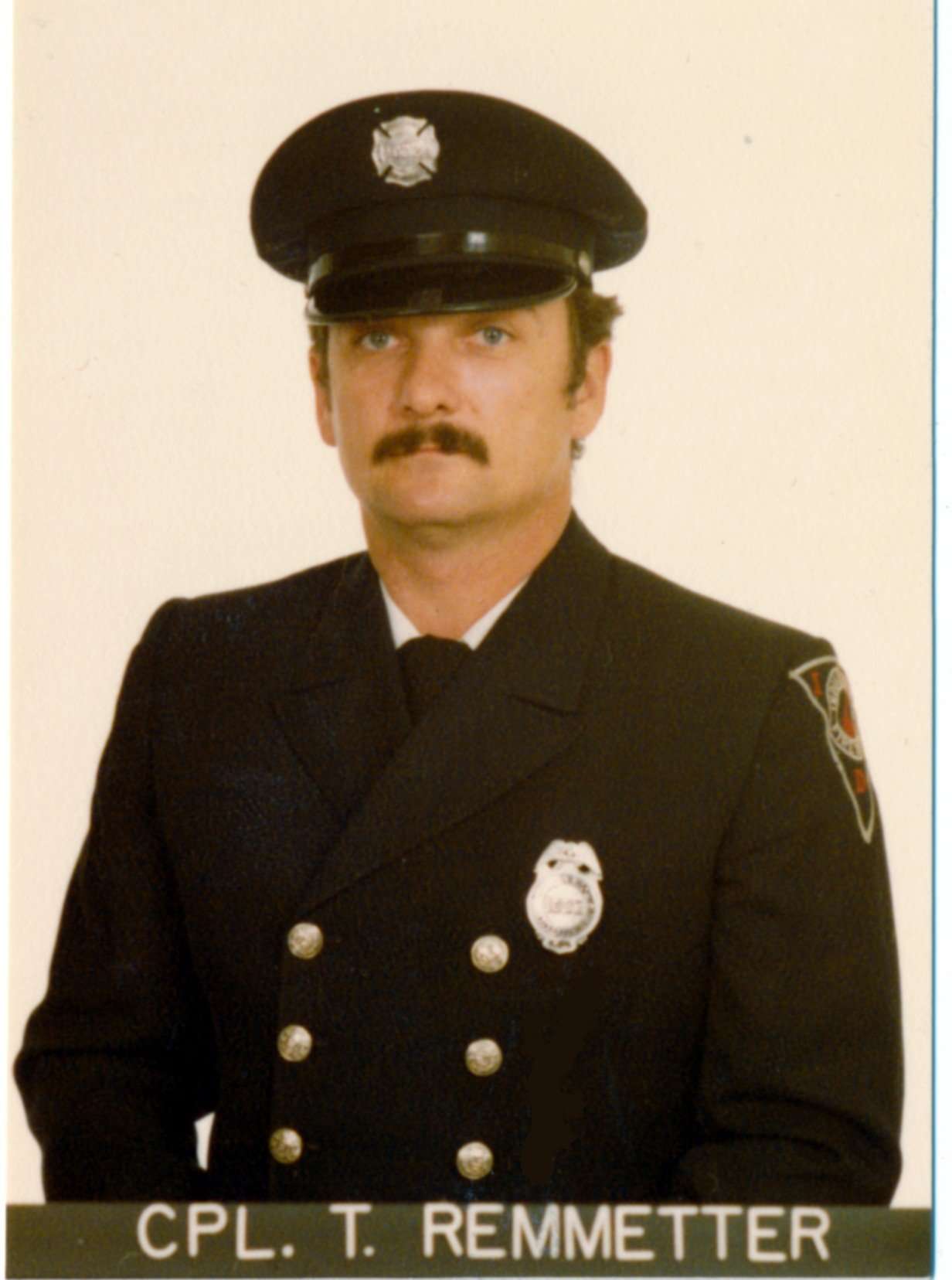 LAST ASSIGNMENT: Thomas J. Remmetter Sr. was appointed to the Indianapolis Fire Department on 12/18/1968. His first shift was on Engine 31 C shift before being regularly assigned in February 1971 to Engine 22 C shift. He transferred to Engine 19 C shift in October 1971, where he stayed until leaving for Engine 30 C shift in December 1973. He went back to the 22’s in late 1977 to join the crew of Ladder 22 C shift. He then moved over to Engine 23 C shift before switching in April 1986 to Engine 05 C shift for his last fire suppression assignment in the companies. Tom spent his 2 last years on the job as the Communications Shift Supervisor at dispatch. After retiring from IFD in December 1988, he continued to work many years at dispatch with his characteristic voice over the radio and phone line.