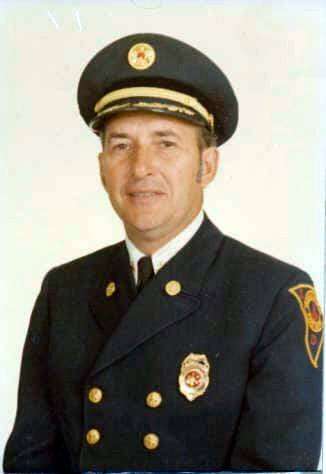 EULOGY: Has been assigned to retiree eulogy team member

LAST ASSIGNMENT: Pat Nix was appointed to the Indianapolis Fire Department on 08/25/1958.  He was assigned to Engine 06 for his first day.  He moved around to several companies before being promoted to Chauffeur and assigned to Engine 08 in October 1966.  Then he transferred back to Engine 07 before promotion to Lieutenant, where he took Aide to District 5 on December 13, 1967.  Over the next several years, Pat was the Aide to several District Chiefs. Pat was IFD’s Firefighter of the year in 1975. He became a Captain in January 1977.  Pat was on Engine 30 B before transferring over to Engine 29 B and then to Engine 13 B.  On September 1, 1980 was promoted to District Chief.  He became Shift Commander of the B shift on July 1, 1999 until retirement on December 15, 2005.  Chief Nix definitely loved playing golf on his off days. He never turned away fresh nightly popcorn, which was tradition at the 7’s. He enjoyed visiting other fire stations in evenings on duty, for card playing, desserts with the crews and was known for cutting the center piece of cake out. Pat would always check the pockets of guys, to steal some of their tobacco.  But many of us knew him for being next to the firefighters inside, while commanding a fire to check on the progress of his crews.