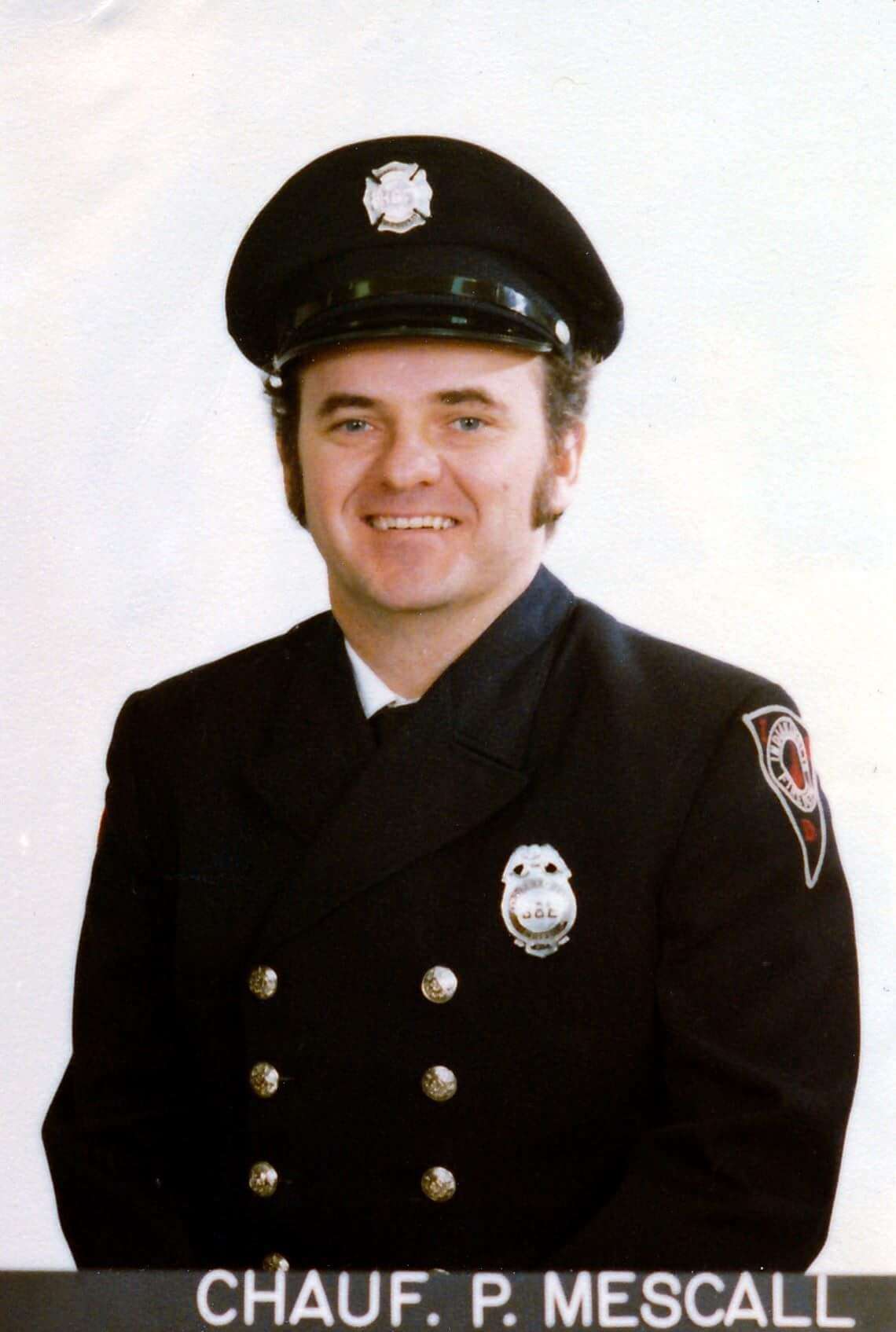 LAST ASSIGNMENT: Patrick (Pat) Mescall made his way through several assignments in his 40 plus year career. To name a few; Stations 1, 3, 9, 10, 25, 34, and Station 20. Pat first landed at the 20s in 1982, and returned to wrap up his career in 2001. Pat was involved in several aspects of Local 416, he helped out with The Museum as well. Pat had the pleasure of seeing two of his sons appointed to IFD, Chris and Tony. Chris is assigned to the 20s, and Tony is currently at the 9s.
EULOGY: Yes