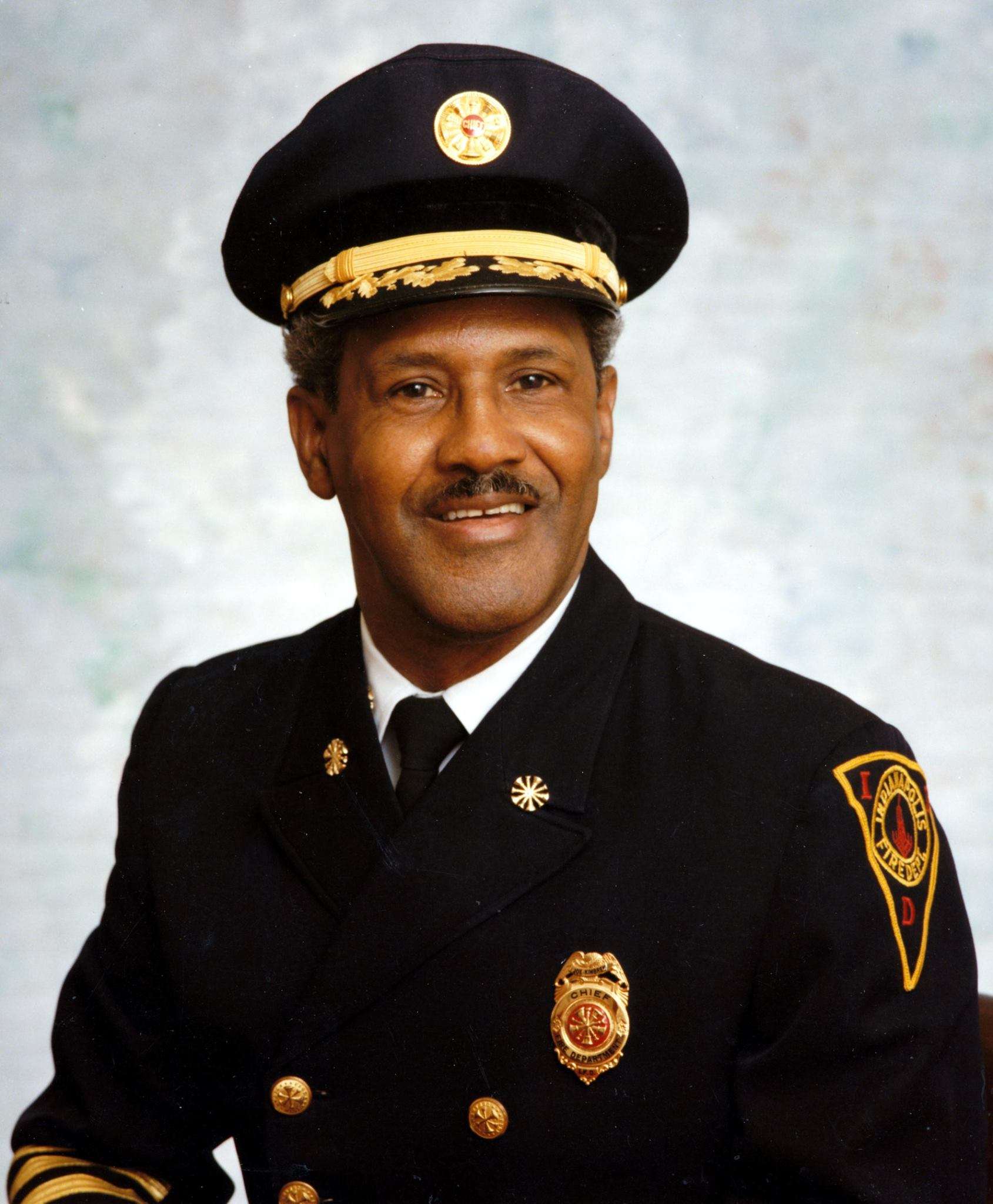 CALLING: Thursday, July 23, 2015, starting at 6p.m. till 9 p.m. at Stuart Mortuary 2201 N. Illinois St.
SERVICES: Friday, July 24, 2015, viewing 11a.m. till 1p.m. at New Wineskins Ministries 4501 W. 38th Street. Service starting at 1p.m.
BURIAL: Crown Hill
DRIVE BY: YES
LAST ASSIGNMENT: Fire Chief of the Indianapolis Fire Department
EULOGY: Yes at the serviceChief Kimbrew had a very active career as he roved from station 1 to station 9 in Haughville. When the department was fully integrated On January 1, 1960 Chief Kimbrew transferred to the busiest Fire Company in the city, station 8. In 1968, He received the first “Firefighter of the Year” award. Then went on to become the first Black Fire Chief of the Indianapolis Fire Department on January 19, 1987.

Please keep Chief Kimbrew’s family in your thoughts and prayers during this difficult time.