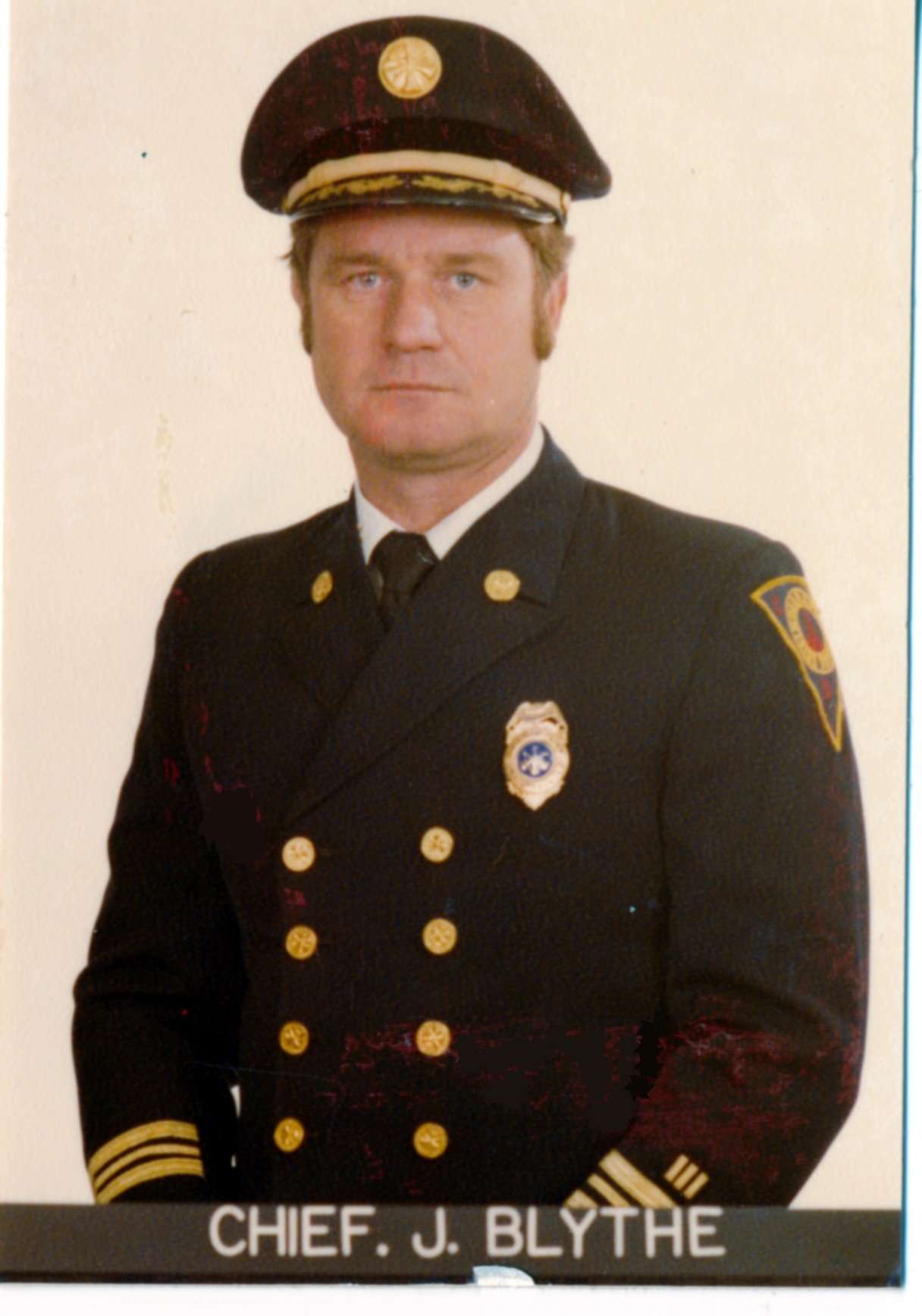 LAST ASSIGNMENT: James Blythe was appointed to the Indianapolis Fire Department on 4/10/1968 after serving in the United States Marine Corps. He proudly operated a gasoline service station before deciding to become a firefighter. He was assigned to Engine 09 for his first day as substitute firefighter. On 11/26/1969 was regularly assigned to Squad 07. Jim was promoted to Chauffeur to drive Truck 07 on 11/11/1970. But decided to return to drive Squad 07 several months later on 2/17/1971. In August of 1972, he transferred to the Repair Shop as a 24-hour mechanic. He was appointed to Senior Grade Mechanic on 1/1/1973. In July 1977, Jim was first appointed to District Chief then in October appointed to Division Chief in charge of the Vehicle Maintenance Division. In 1981, he became IFD’s Director of Maintenance. He was promoted to the merit rank of Lieutenant in August 1982, then onto the rank of Captain in January 1986. Jim retired from the Indianapolis Fire Department on 1/7/1989. But his career in the fire service didn’t end there. He then became employed at Pike Township Fire Department as a mechanic in their shops for the next 17 years until retiring in 2006. Jim and several others also operated the Raceway Pub in Clermont, Indiana.