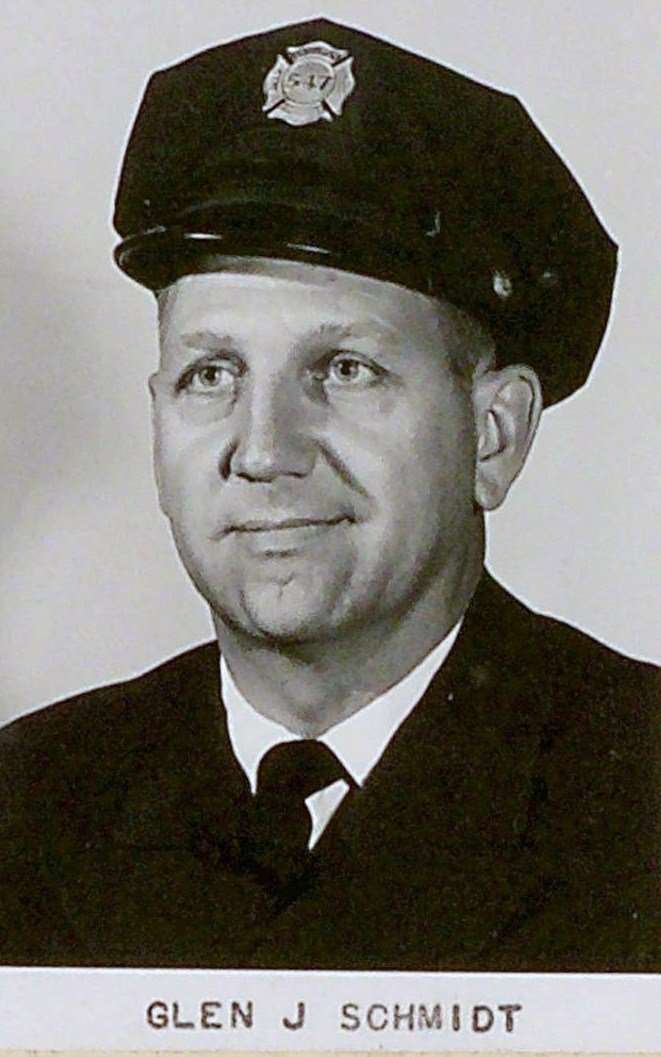 LAST ASSIGNMENT: Glen Schmidt was appointed to the Indianapolis Fire Department on 05/25/1946 after being honorably discharged from the United States Army in December 1945. During World War II, he was a Sergeant on a light tank for the US Army 17th Cavalry. He settled in at the 27s and eventually became promoted to Chauffeur on January 18, 1967. During his career there, he was often located at his 8’ drafting table, that he brought to the station for drafting projects. He finished up his career driving Truck 27 on 05/25/1968. He was also the oldest surviving member of the Indianapolis Fire Department.