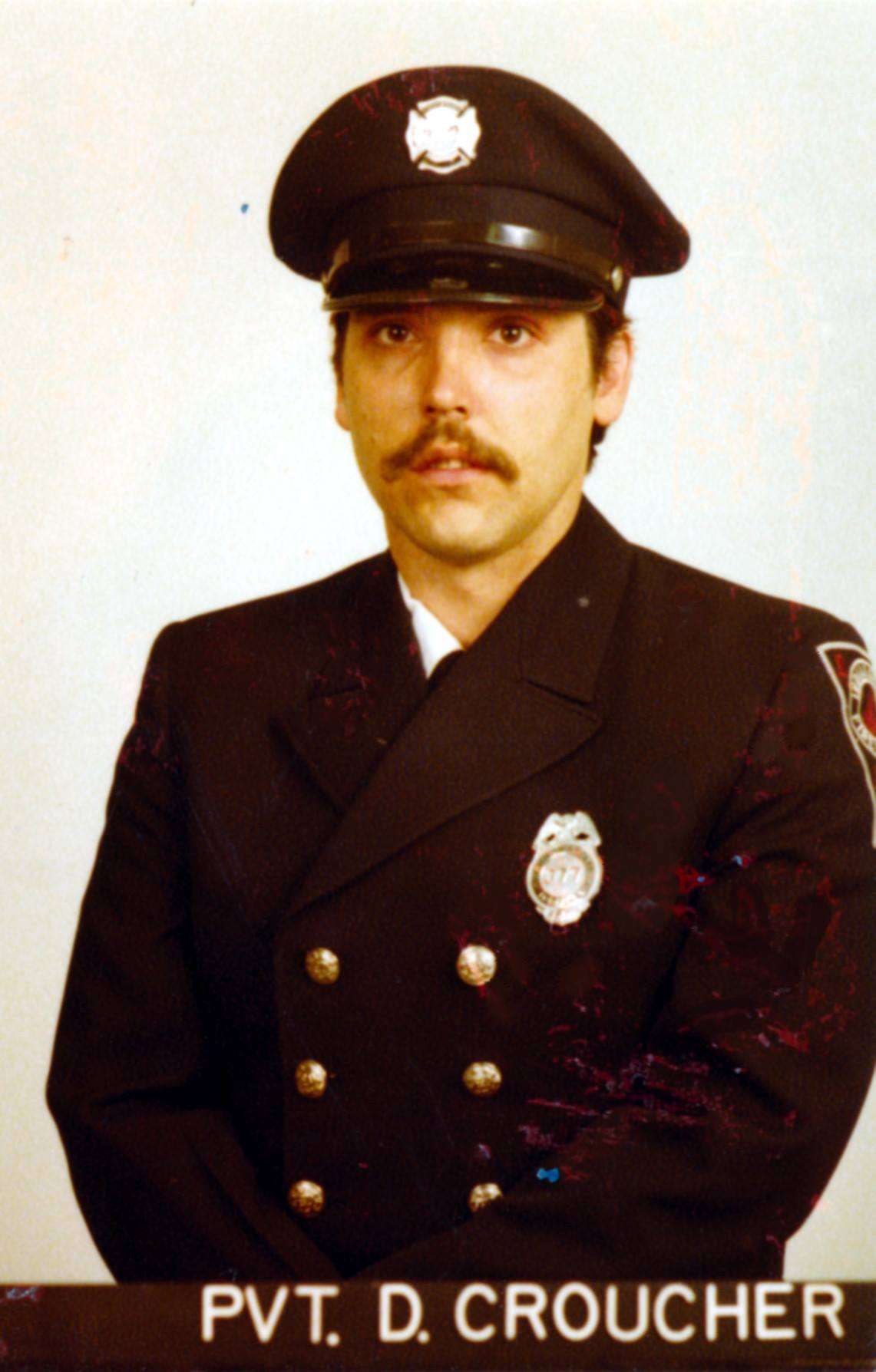 ARRANGEMENTS: Pending at this time

LAST ASSIGNMENT: David Croucher was appointed to IFD in November of 1979.  He subbed around the city on the A shift for 7 years before bidding and receiving EG31 A as his first regular assignment in May of 1986.   He then quickly decided to move to EG19 A shift one posting later.  He stayed there for 5 months, then chose EG26 A shift as his next position on the department. He remained there at Station 26 for the next 17 years.  He made his last transfer to EG16 C shift in April of 2003 for his last bid spot before retiring on May 23, 2006.  David was a longtime resident in Franklin Township in SouthEast Marion County where he operated a small business gun shop.  He had been living in Ft Myers, Florida area for the last 5 years.