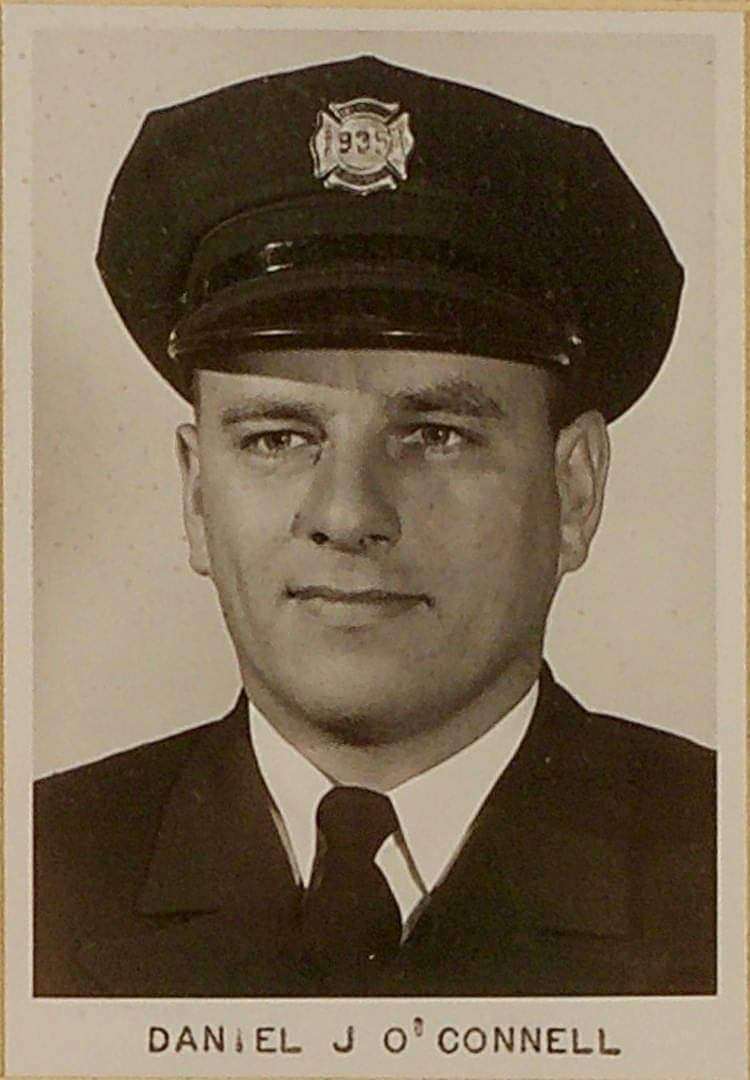 LAST ASSIGNMENT: Daniel O’Connell was appointed to the Indianapolis Fire Department on 03/24/1955 after serving in The United States Navy during the Korean War. He was assigned on the USS Wisconsin as a radioman. He received a United Nations Service Medal and a Korean War Medal with a star. His first regular assignment in 1956 was on Engine 16. He transferred to Engine 12 a few months later before heading to Engine 14 to stay for over 9 years. Then he moved to Engine 03 before being promoted to Chauffeur and assigned to Engine 12 on 03/20/1968. He spent some time at the repair shops before transferring to Truck 32, Engine 27 for 6 years, Engine 5 C Shift, then last moved over to Engine 05 B shift before retiring on 04/05/1983. He served on the Princess Lakes Volunteer Fire Department while living in that community for over 30 years. He was a member of the Indianapolis Amateur Radio Club and enjoyed flying radio controlled aircraft.