LAST ASSIGNMENT: Lieutenant Charles E. Smith began his career with the IFD on October 18, 1951 making him the last surviving African American Firefighter that joined a segregated IFD. Let that sink in for a moment…. Lt. Smith came on to a fire department that most of us have only read about, and when those folks pass, it is vital to understand that another era has passed also. Keeping those stories, and memories alive as well; is up to the rest of us. Charlie started his career at the 1s, assigned regular one year after coming on the job. Charlie transferred to the 7s in 1960 where he stayed until making Lieutenant in 1966, and being assigned to Engine 10. A little more than a year later Charlie made his way back to Truck 1, where he remained until his retirement in 1993. Charlie also assisted with the Pan-Am Games in 1987. Charlie’s daughters related that his favorite topic, until the very end was The Indianapolis Fire Dept. Lt. Smith was 91 years old.

This Saturday April 14, 2018, the Indianapolis Fire Department (IFD) will say it’s final goodbye to retired Lieutenant Charles E. Smith. Lt. Smith passed away on April 3, 2018 at the age of 91. Charles E. Smith began his career on the IFD on October 18, 1951 making him the last surviving African American Firefighter – that joined a then segregated IFD. As the department whose current traditions, honor its past, we think it also important to help recognize those who served and helped shape the IFD into the nationally recognized department it is today. Charles E. Smith was one of those, who blazed the trail for future generations of African American Firefighters, on the IFD. Charlie started his career at Station 1, then the only black firehouse, and stayed there for about 9 years. After de-segregation on the IFD occurred (see below), Charlie spent several years at Stations 7 & 10 before returning to the 1’s in 1967 as a Lieutenant. He stayed on Truck 1 from 1967 to 1993 when he retired on October 31. Charlie’s Daughters say that his favorite topic – until he died was the Indianapolis Fire Department.

Station 1 is also one of 7 IFD stations hosting an Open House on April 14th from 1 pm – 4 pm. Media wishing to cover the open house and catch video of the drive by should plan on being at Station 1 around 1:30 or so.

On May 19, 1876 Fire Chief W. O. Sherwood appointed the first four Black men to the Indianapolis Fire Department to replace four White firefighters on Hose Company 9, located at 31 West Saint Joseph Street. Robert Braxton was the foreman with James Graves, Thomas Howard and Thomas Smith serving in his company. In 1881 Hose Company 9 was moved to a new station at 1602 North Carrolton Avenue. In 1897 the station number was changed from 9 to 16. Again, in 1922 the company is moved to another station located at 441 Indiana Avenue. There, the number was changed once again from station 16 to station 1. Station 1 was an all-black (double company – Engine & Ladder) firehouse with approximately 24 firefighters who rotated through two 24-hour shifts. The Black firefighters were exceptionally skilled and had a strong tradition of teaching younger firefighters about fire apparatus, equipment, safe operations, techniques and toughing it out. The new Black firefighters had to learn the fireboxes in the district and were quizzed by the Black veterans. Several retired Black firefighters stated that since this was an all-black firehouse, the only time a new Black firefighter was allowed to join the department was when another Black firefighter retired or died.

Black firefighters across the country experienced like situations and met similar opposition when they tried to join fire departments. Their perseverance resulted in the opportunities that Black firefighters enjoy today. The oldest documents identifying government sanctioned Black firefighters, were found in New Orleans, Louisiana. A devastating fire in July 1817 led the governing body to organize its people to avoid another conflagration. All draymen and their equipment, as well as individual free men of color and slaves were recruited. Records from 1824 in Savannah, Georgia reveal that free men of color and hired slaves performed work at fires. The enrolled firefighters were exempt from the poll tax however, if they failed to answer an alarm or failed to keep the engine and equipment in good working condition, they were fined up to ten dollars or imprisoned up to 15 days.

However, the Black firefighters knew that they were paving the way for a better tomorrow. The better tomorrow started in 1955 when the first Black Fire Captain, Roy Howard Sr., said his last goodbye to retiring Black Captain Rensil Williams. Reference the one for one hiring practice in 1955, William’s retirement, allowed the hiring of Joseph Kimbrew. Joe had a very active career as he roved from station 1 to station 9 in Haughville. When the department was fully integrated, Joe transferred to the busiest Fire Company in the city, station 8. In 1968, Joe received the first “Firefighter of the Year” award and went on to become the first Black Fire Chief of the Indianapolis Fire Department on January 19, 1987. 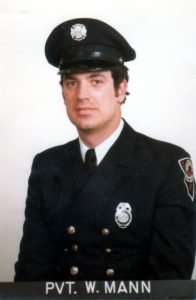 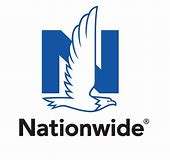 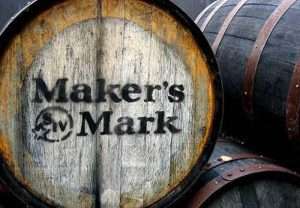 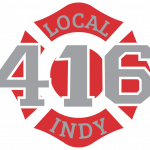