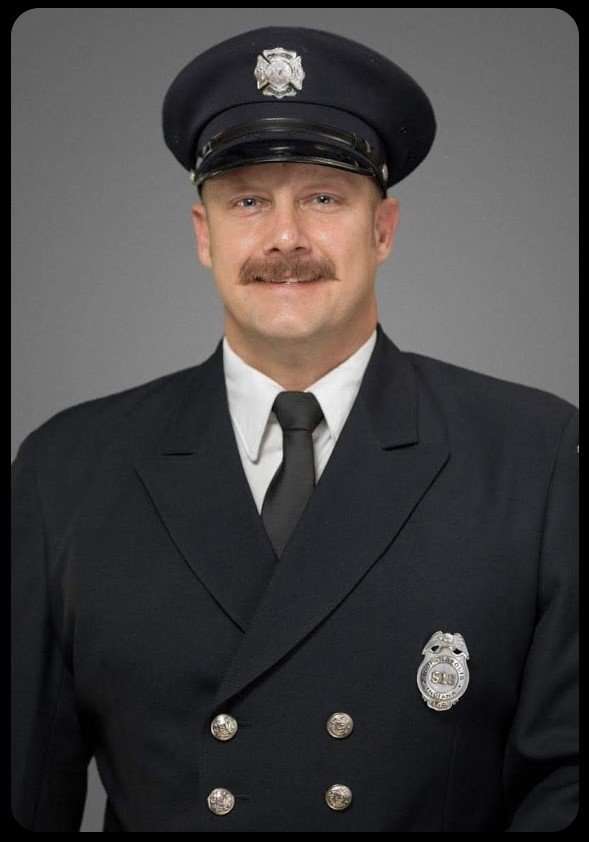 DRIVE BY: IFD Station #01 and concluding at Indianapolis Firefighters Local #416 Union Hall for a Celebration of Life meal

LAST ASSIGNMENT: Brad was appointed on 02/13/2006 to the Indianapolis Fire Department. He subbed around on the city on the C shift, before bidding to receive his place on Engine 12 B Shift on 05/30/2009. In March 2014 he transferred over to Engine 24 B Shift to become a member of their crew. Brad moved to Engine 17 A Shift on September 28, 2015. 6 months later decided to join some of his recruit classmates from class 75 at Engine 01 C shift. He crossed over the drain to be on Ladder 01 for a bit, but then went back to Engine 01 for his final assignment. Brad loved that he was able to follow in the same career of his father John Armstrong, that retired from IFD. His crew always enjoyed his humor, personality, and loyalty either off duty with them and families or on the fire ground.