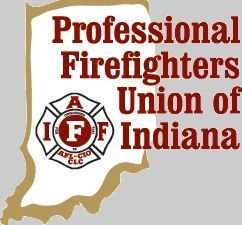 Below is an update from PFFUI Vice President Mike Whited regarding pending legislation.  It bears pointing out that this year a change to Civilian PERF was proposed but has already been fought back and it appears will not return for this year.  As we are all aware though, there will be different efforts likely in future and the PFFUI will be there to defend our pensions.  I am sure you all join in me in thanking PFFUI Vice President Mike Whited and President Tom Hanify for their work at the Statehouse.

We are rapidly approaching the halfway mark at the General Assembly. Bills are still showing up as of late last week and I have now reviewed all the bills that have been filed.

As always, there have been numerous bills filed pertaining to pensions. For example, HB1349, which would start an entirely new pension system in Indiana for employers to put employees in and HB1329 which would increase the “Rule of 85” to the “Rule of 95” which would affect departments, both fire and EMS, that are members of Civilian PERF. Obviously, this was cause for concern, however we spoke with the Chairman of the Pensions and Labor Committee and he has agreed not to hear these bills.

At this time, I am confident in saying we will not see any negative changes to our pensions this year.

However, now is not the time to let our guard down or forget our friends in the General Assembly that stand with us in protecting our pensions. That’s why it’s so important for us to have a presence at the statehouse and keep electing our friends.

A few other bills of note:

Our bill HB1165 “Disciplinary process for police and firefighters” is still alive and may get a hearing next week.

HB1392 “Placards on Structures notifying of lightweight construction” is also still alive. This bill is being championed by Raeanne, the widow of fallen Muncie firefighter Scott Davis.

Finally, we are working with the sponsor of HB1359, which would increase the hiring age for military veterans to 40. We support this as long as it doesn’t have a negative impact on the pension fund.

These are just a few of the bills we are tracking this year. To see a complete listing, you can go to http://www.hannah-in.com/Report_Custom.aspx?sid=k9nnjUaW23c%3d&rid=QUGKxqUJd80%3d

I will update you as the session continues.

As always, if you would like to come to the statehouse and see how the process works, contact President Hanify or myself.